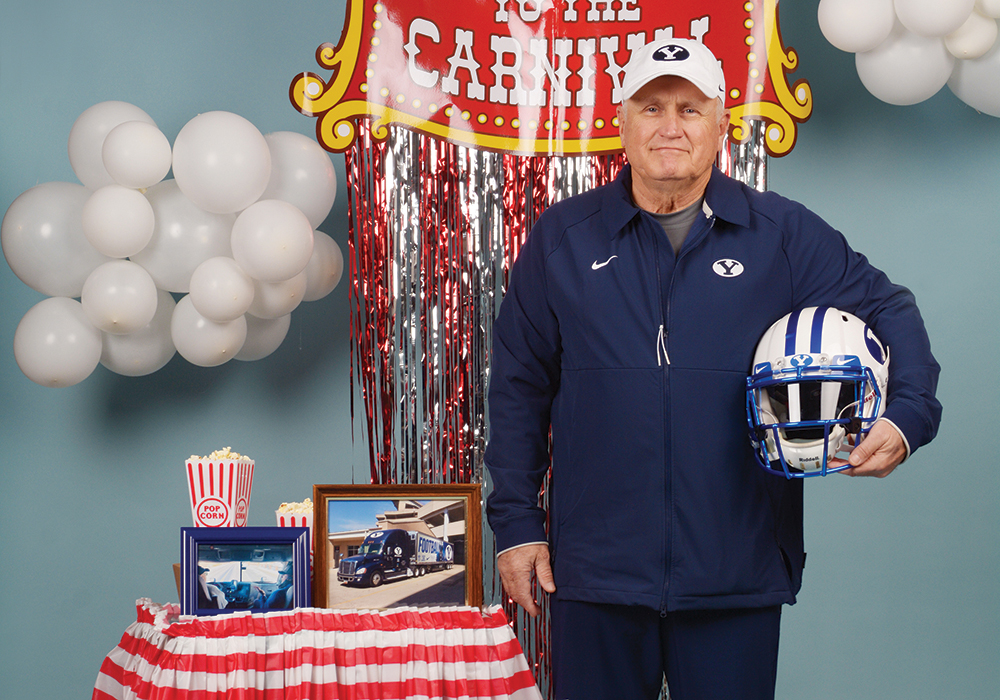 Rise and Shout! Hal is out! You may recognize Hal Morrell from local newspaper stories, widespread tweets or even national news. This seasoned BYU equipment truck driver, alongside his co-driver Fili Taufua, might be some of the biggest BYU football heroes this season. After word got out that BYU was possibly going to play against Coastal Carolina instead of Liberty University, Hal packed his bags and started the truck three hours later— even before firm plans were in place for the Cougar contest. Luckily, his intuition to leave played out well. After Covid cases had been confirmed on the Liberty University team and the game against BYU was officially canceled, Hal and Fili had already driven 700 miles toward Coastal Carolina! With limited stops (only to use the restroom and eat) the drivers made the 2,200-mile drive in 35 hours, leaving only two hours to spare. Including this game, Hal has driven over 170,000 miles to 70 BYU football away games.

Merry-Go-Round Moment “I recently helped grant a dying man’s wish to ride in the BYU truck.” (See this heartwarming story on the right-hand page.)

Top of the Ferris Wheel “Because of the coverage we received for the Coastal Carolina game, I was interviewed by Sports Illustrated.  It had been a childhood dream to be in Sports Illustrated as an athlete. What I didn’t know was that someday I’d be in the magazine as a truck driver.”

On Stilts “When I was a kid, I wanted to be like Willie Mays and play professional baseball. As an adult, I have had two bosses I have looked up to. They taught me how to have a good work ethic and have trusted me in my chosen occupation at Bailey’s Moving & Storage. They gave me opportunities to advance into management and later into ownership. Also, I have always looked up to my father because he taught me two great principles: Be honest in my dealings and work hard.”