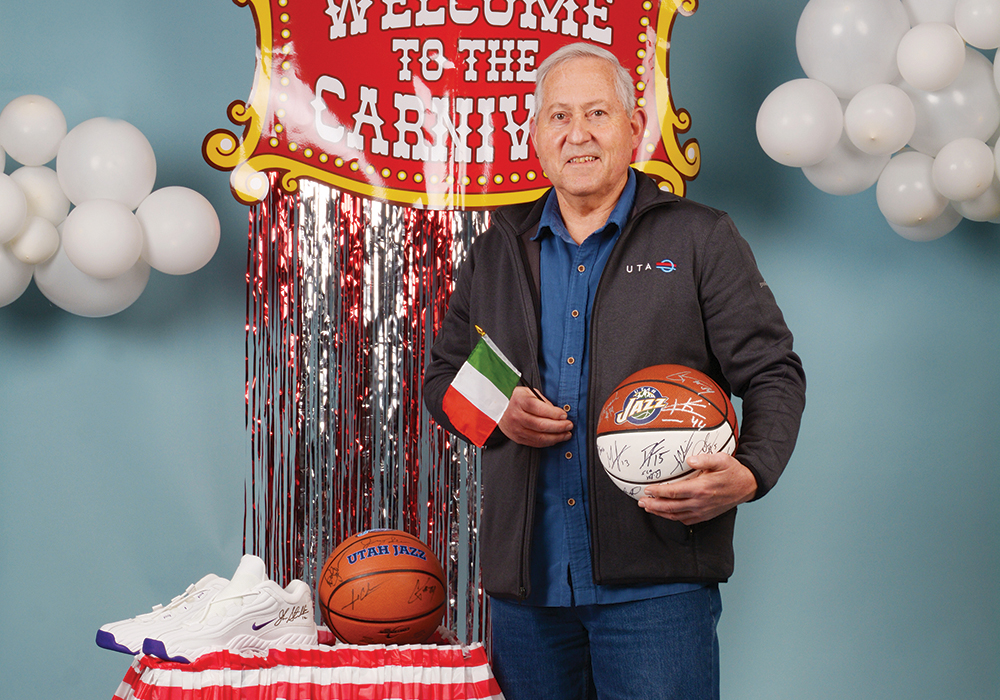 Lindon Mayor Jeff Acerson looks for wins both at a desk and playing sports  — where he can still hit a 3-point shot, thank you very much! Jeff and his wife, Karen, were some of the earliest WordPerfect employees and both have continued to be busy community leaders since retiring from the first tech icon in Utah Valley. Jeff’s many titles include adjunct professor at UVU and trustee for UTA. Even so, half of the Acersons’ hearts are in Italy, where Jeff served as mission president from 2007 to 2010 (find his Italian answer below). This father of six and grandfather of seven counts being a sector coordinator at Soldier Hollow during the 2002 Olympics as one of the highlights of his life. A die-hard Jazz fan, Jeff has also been a white water river guide. Let’s go!

Top of the Ferris Wheel “Experiencing the excitement of the members of The Church of Jesus Christ of Latter-day Saints in Italy when the temple was announced — and then 12 years later having the same breathtaking experience when another temple was announced a half a block away from our home in Lindon!”

Merry-Go-Round Moment “Living in beautiful Italy for five years of my life.”

Rickety Ride “Some might see my simple upbringing in a small town, working several jobs through my school years (including hauling garbage with my hard-working dad), and being a self-funded, first-generation college graduate as difficulties, but those things have helped make me more empathetic, tenacious and grateful.”

Gem of the Utah Valley Jamboree “I love going on a sunset ride on the Murdock Trail with my wife.”