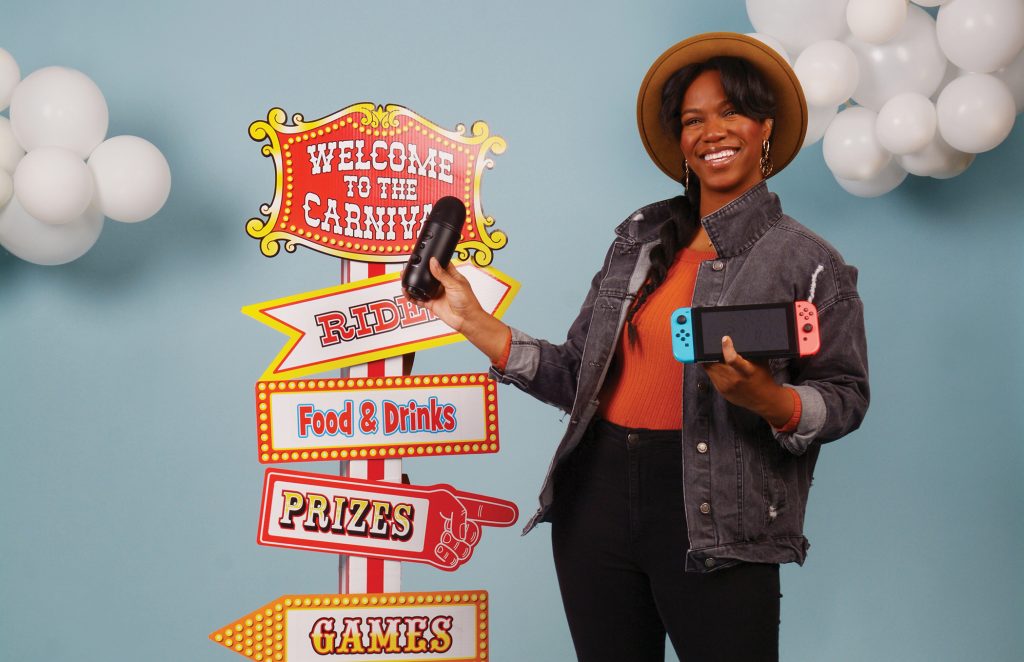 If musicality and performing are genetic, the Bonner family is Exhibit A and B. Oyoyo Bonner is the seventh of eight children, and together their family has released  two albums and an EP with Deseret Book. Pre-Covid, Oyoyo also performed in “Book of Mormon: The Musical” on Broadway for three years. Once live theater picks up again, she is excited to pack her bags and head to New York City to star in a new show “MJ: The Musical,” a jukebox musical featuring Michael Jackson’s music and lyrics — which will no doubt be a thriller! Oyoyo is making her directorial debut here in Utah at the Harmon Theater in West Valley with “Ain’t Misbehavin’” and is making the most of her time in the Beehive State by spreading her performing knowledge to fellow Utahns. Before Broadway, Oyoyo studied Music Dance Theater at BYU and toured with the Young Ambassadors to Finland, Norway, Sweden, Denmark, Cuba, and Nauvoo.

Carnival Craving “Funnel Cake. I could easily eat 12 and be OK for a 13th.”

Rickety Ride “Racism in America is tough. Moving around made it so we felt different everywhere we lived. You need to know when to ignore it and when to speak up. It is a puzzle and a maze. It’s really exciting to see people become aware and want to make change. We are teaching, and people are learning. It is such a treat.”

Top of the Ferris Wheel “The best moment was my first night on Broadway. I was a swing, so I had a six-hour notice that I was going to be on that night. I was a monster that runs on, gets killed and exits. I am speechless when I think about it.”

Merry-Go-Round Moment “Every year we go caroling on Christmas morning and I’ll never get tired of it. My whole family wakes people up with a knock on their doors, and we sing whatever Christmas carols we know.”

Sweet Suggestions “You can do anything if you believe in yourself. Everything else will fall into place!”