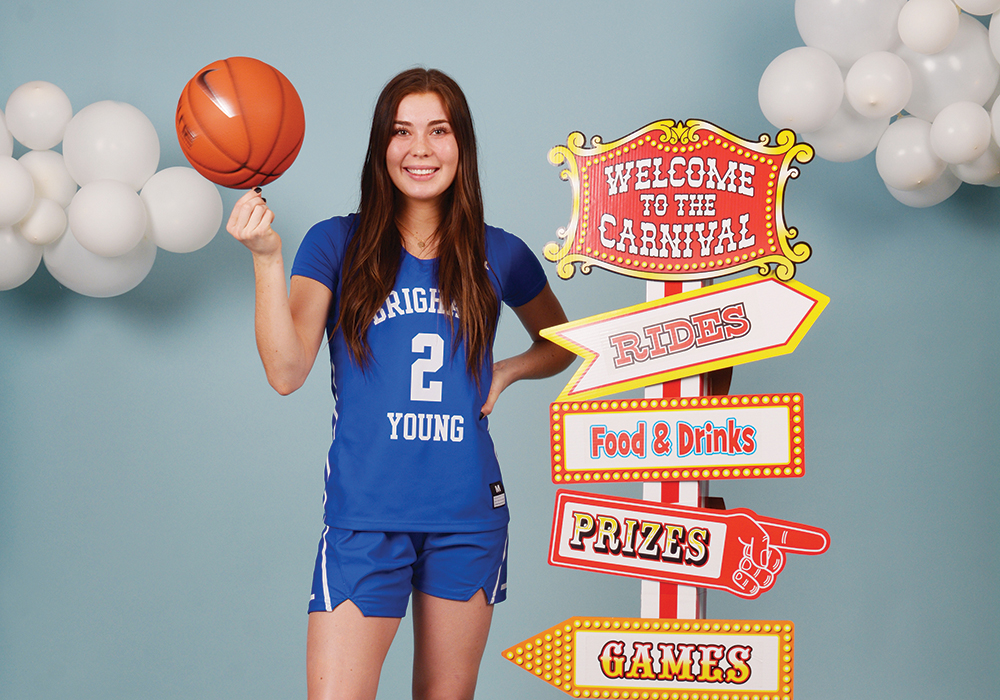 She shoots, and she scores! Shaylee Gonzalez has been playing basketball since she was 5, and her natural talent — and relentless dedication — is a slam dunk for the Cougars. Originally from Gilbert, Arizona, Shaylee became an influential member of BYU’s basketball team as a freshman in 2018. After a season-ending ACL tear a year later, Shaylee spent time on the bench — cheering her teammates on and strengthening her body. Now, in 2020, her game is full send. She averages 34 minutes of playing time and 20 points per game. When she’s not shooting hoops, you can catch Shaylee on YouTube where she has more than 120,000 subscribers!

Rickety Ride “Tearing my ACL last year was a huge obstacle to overcome. It was hard for me to understand why it happened to me after the great season I had. I was the second leading freshman scorer in the nation, I was named All-Tournament in my conference, my team won the WCC Tournament, I had a career high of 32 points against No. 1 Stanford, and I tried out for Team USA. It was hard, but I learned so much about myself and grew mentally. I had to have faith and patience through the process.”

Top of the Ferris Wheel “A peak performance for me was getting invited to tryout for the Team USA U19 team. Team USA picks 30 girls in the United States to tryout, and I was fortunate to go to Oregon to try and earn a spot. It was a long four-day tryout. Only 12 girls made the team and there were four alternates. I was an alternate. I fell short and didn’t reach my goal, but I was blessed for even being invited to the tryouts.”

On Stilts “I look up to my mom because she is the definition of love and service.”

Grand Prize “I cannot live without my family. I am the oldest of five and have the most amazing parents. They are my rock, and I can always count on them.”

Kettle Korn Quirk “I am a sneaker head and hate it when people accidentally step on my shoes.”