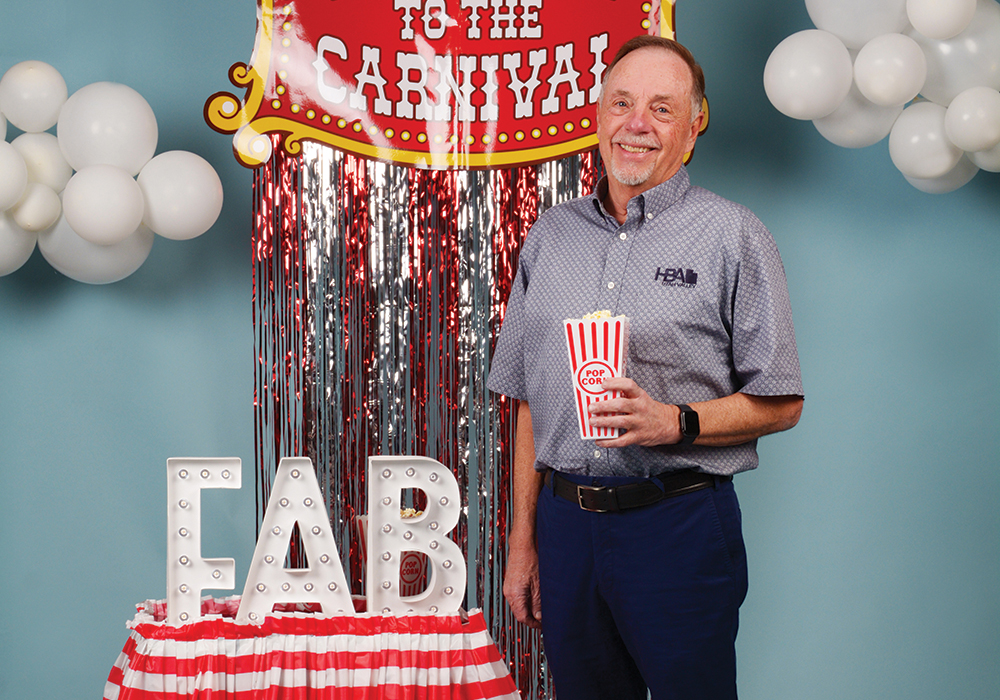 Steve Caldwell describes his life as “pretty much standard.” But truthfully, it’s been a custom build. After serving a mission in Switzerland, he began in the homebuilding industry. First in windows for 20 years, then in bathroom/plumbing manufacturing for 13, followed by countertops. His life got remodeled when the Utah Valley Home Builders Association asked him to apply for the executive officer position based on his ability to build people. He’s been leading the organization for seven years, including last year when the UVHBA’s biggest event almost didn’t happen. “If we didn’t host the Parade of Homes, we would have had to let people go,” Steve laments. The event was delayed for six weeks and then offered an in-person and virtual option. Home run! This year will also put a roof over the organization with 28 homes on display, half of which are $2 million+.

Merry-Go-Round Moment “A few years ago, I built a cabin at Scofield with my three sons. We worked on it for two years, and we all complained. I haven’t used the cabin much, but building it with my boys was an amazing experience.”

Top of the Ferris Wheel “Last year we won best Parade of Homes in the nation. The UVHBA provides dozens of scholarships and coordinates subcontractors for Santa. We help a lot of people.”

Rickety Ride “I survived Covid, even though some days I wasn’t sure I wanted to keep fighting. It was tough. Another rough patch was when I was let go from a job after 13 years during the housing crisis. But that led to my dream job.”

Kettle Korn Quirk “When we set up events for the Homebuilders, the tables have to line up straight with exact distance between them.”

Clowning Around “I’ve golfed about 25 of the top 100 courses in the country. I’ve gone back to watch the Master’s a couple of times. I also hunt and fish.”

Sweet Suggestion “My best advice is to underpromise and overperform. Also, be politely persistent.”