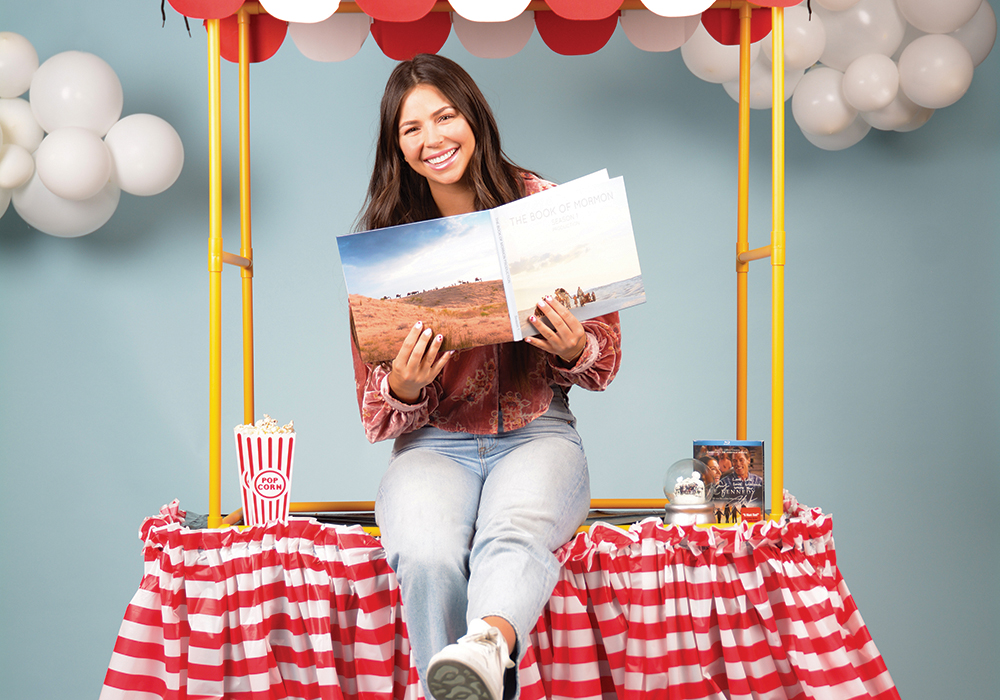 As it turns out, Nephi’s wife is a young actress from Utah Valley. Tatum Chiniquy, who is pursuing a career in film, was cast in the recent Book of Mormon videos for The Church of Jesus Christ of Latter-day Saints. While studying as a freshman at BYU, Tatum also starred in “Love, Kennedy” directed by T.C. Christensen. After wrapping up the Book of Mormon videos and other local projects, Tatum packed her bags and headed for Los Angeles as a 19-year-old actress with no job and no connections in California. However, she did find a manager. Tatum booked and starred in “Zombie Tidal Wave,” which took her to the beaches of Thailand to film, and she also starred in “Mira Mira” which is currently premiering on Facebook Watch. Tatum lives by the quote that “life is too short to be anything but happy” and she finds joy in filming — wherever that takes her!

Rickety Ride “It was hard learning to be alone and to be OK with that. Living in Los Angeles as a 19-year-old really pushed me to learn independence. There were days when the only interaction I had with another human being was with the checkout person at a grocery store.”

Merry-Go-Round Moment “There’s a scene in ‘Love, Kennedy’ where I was singing ‘Army of Helaman’ to another girl who had the disease that Kennedy (my character) had. Seeing everyone’s reactions and emotions was a moment I want to hold onto forever. I felt I was a part of something bigger than me.”

Top of the Ferris Wheel “When I was filming ‘Zombie Tidal Wave,’ we had a day off and toured the islands. We took a boat and explored the ocean, and I couldn’t believe I was in Thailand filming a movie with such an amazing cast. I had lived in LA for two years when I filmed that, and I was so proud of myself.”

Kettle Korn Quirk  “I am ALWAYS the loudest person in the room. I am not shy or reserved, and I don’t think before I talk.”