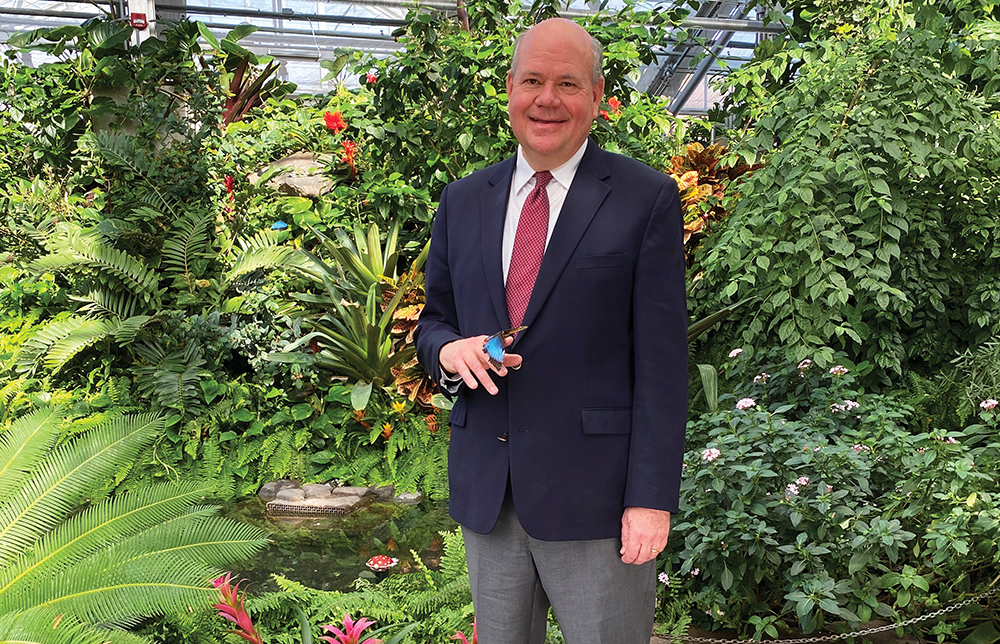 When Mike Washburn arrived as the CEO of Thanksgiving Point in May 2003, the destination had been branding itself as an entertainment venue — a Disneyland of sorts. But as Washburn analyzed the Point of the Mountain landmark, he proposed that it return to its original vision.

“Thanksgiving Point was intended to be a place for families to have experiences together that would help them learn, grow, restore and refresh,” Washburn says. “We wanted to match the experience to the promise, and that needed to become our brand and our culture.”

That took a few years to pull together in the way Washburn and the owners (Alan and Karen Ashton) envisioned. But this CEO has always been in the long game.

Washburn spent 10 years at Bank of America in Los Angeles. Then he came to Utah to be the CFO for Sundance and for Robert Redford’s personal affairs.

His first connection to Thanksgiving Point came as a consultant to figure out why the venue wasn’t making money. He had never stepped foot on this Point of the Mountain destination, even though he was familiar with the Ashtons’ business success with WordPerfect and knew of their generous vision to create a place of thanksgiving for the community. And now he’s left 18 years of his own footprints on the previously rocky soil at the Point of the Mountain.

Since Washburn’s arrival, Thanksgiving Point has expanded to include the Museum of Natural Curiosity and the Butterfly Biosphere, as well as enhancing every venue and menu item.

Originally, the gardeners were planting 250,000 tulips without calling it a festival. It was just another day in the outdoor office. Now the event spans a month and brings in visitors from around the world to see the tulips and take selfies amidst the colors.

Luminaria is another fan favorite as attendees bundle up to experience the lights and sounds (and smells, thanks to doTERRA) of this Christmas festival in the gardens.

Some of Washburn’s other self-described career highlights include having autistic students and blind/deaf groups tour the gardens. He is also proud of the program allowing people with SNAP cards (formerly known as food stamps) to enter any of the venues on any day, at any time for $2.

“We want community members, especially those who aren’t world travelers, to come to our museums and have a global experience right here in Lehi,” Washburn says.

Now as he prepares to retire as CEO, Washburn feels a sense of satisfaction as he looks at the wall-sized photograph of the Thanksgiving Point properties and venues.

“We recently had to redo our aerials because things have changed so much,” Washburn says. “It’s been very helpful to have this photo mural on our conference room wall as we talk about available land, traffic flow and event possibilities. We still have several ideas that will be implemented after I’m gone. And I’ll be happy to hear about them while my wife and I serve an LDS church mission.”

Among his employees, Washburn is known as being unflappable.

“You don’t have to react negatively when negative things happen,” he’s taught his team, which has undergone funding difficulties, Covid heartbreaks and limitations.

“There’s always a way for it to be a great day,” Washburn says as he plants the last seeds before the end of his growing season.

Q AWARDS: Headliner of the Year — Qualtrics Next post