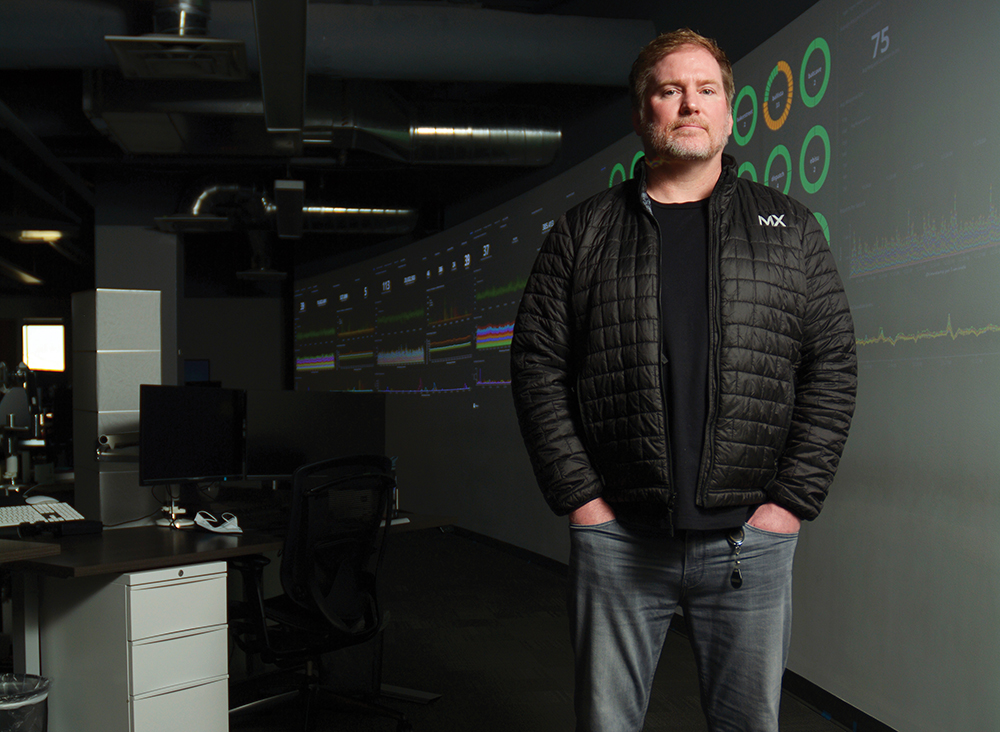 Ryan Caldwell once told BusinessQ that great CEOs won’t choose to run a company unless they’re obsessed with it.

“Do something that matters,” he said. “Pick a company you can sink your teeth into. Contribute to this world. Don’t just do something you can win at.”

It’s been 11 years since he sunk his teeth into MX. And bonus! There’s been a lot of winning. The Lehi company has become one of the largest providers of consumer financial data, and after its latest funding round of $300 million, it now has a valuation of $1.9 billion.

So the question returns. Is Caldwell’s MX obsession still strong?

“We have such a limited amount of time, and if we’re not spending it somewhere that matters to us, it’s a travesty,” he says. “For me, MX is tackling the core problem in quite possibly the most important industry in the world.”

For Caldwell, the latest funding and valuation say more about the company’s future than its past.

“It’s all about resources,” he says. “Those numbers give us more resources to grow, to leverage, and to accelerate our mission.”

That mission is to automate the money experience for customers and empower the world to be financially strong with data-driven solutions. MX currently works with more than 2,000 banks and startups and connects to 16,000+ organizations, giving it access to financial data for more than 200 million consumers.

“The investors are waking up to the idea that the original thesis of the company was correct,” Caldwell says. “Timing is so important. You can’t start building a sail boat when the wind starts blowing. You have to build it before. And that’s what we’ve been doing with MX. The financial industry is currently going through massive amounts of change — and we’re preparing for the winds.”

Caldwell predicts that MX will continue to grow and dominate — but he feels the weight of that prediction rather than the boasting of it.

“We haven’t even begun to dent the spaces in our industry,” he says. “If we are successful at what we’re setting out to do, our valuation will inevitably be in the trillions. That’s not lost on us. We feel the burden of that more than any type of arrogance.”

Power To The People

“Everything a company has — every asset, every benefit, every competitive advantage — is created, protected and enhanced by its people,” Caldwell says. “Your people are the root of everything good.”

The World Is Your Business

As for advice for other entrepreneurs? Caldwell is remarkably consistent: Contribute to this world.

“Have your world view. Tackle problems in line with those priorities. Otherwise you’ll hit too hard of times. You won’t have staying power. You won’t be firmly rooted,” he says. “I get emotional talking about this. If my 5-year-old comes to me when she’s 18 and asks, ‘Dad? What did you do with your life?’ It’s important to me that I can tell her that I used my talent, my drive, and my opportunities to make her world better. Because if I don’t, the brain damage of building a company isn’t worth it. There are easier ways to make money.”

THE  VALUE  OF  VALUES

“Our culture comes down to our values. We spent a huge amount of time taking values already innate in our culture and not just listing them, but giving them deep-rooted descriptions that embody everything we do. We’re now wired in the following values: Purposeful Contribution. Exuberance for Life. Founder Mindset. Foundation of Trust. Objectivity in Discourse. Cognizance. Iterative Innovation. If your company’s values are things like integrity, then you have a much deeper problem. Integrity should be a given — so when you’re determining your company’s values, dig deeper.”