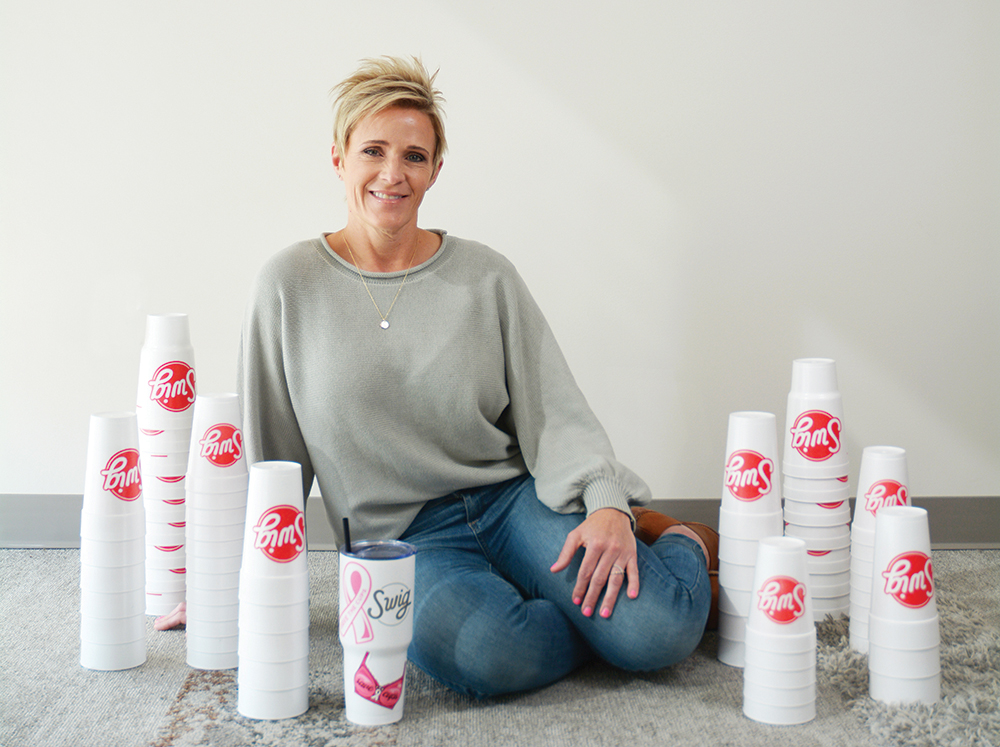 Before her fountain drink empire flooded the straws and hearts of Utah, Nicole Tanner was at a crossroads. In 2008, while out running with a friend (who also happened to be a nurse), the two started talking mammograms. Tanner, who wasn’t yet the typical testing age of 40, asked for advice on when she should get her first exam.

“There was no reason in the world for me to get a mammogram yet,” Tanner says. “My husband was between jobs, we had no insurance, I had no family history of breast cancer, and my breast tissue seemed normal. But after three different nudges, I told my friend, ‘If you’ll stop asking me, I’ll schedule it.’”

Put To The Test

“I felt so silly,” Tanner says. “Everyone kept asking why I was getting a mammogram, and I kept telling them I didn’t know. I just knew I needed it.”

The promptings proved correct: Within an hour, they found something “suspicious.” More tests revealed it was breast cancer — the aggressive, usually-found-too-late kind of breast cancer.

“My cancer doesn’t respond to chemotherapy or radiation,” she says. “You have to go in and cut it out with a wide enough margin that it hopefully doesn’t come back. If I had waited until I was 40, it would have attached to my chest cavity and I’d be gone. My youngest was 4 at the time, and I just kept thinking: ‘How did I come so close to dying and not even know it?’”

On the other side of her life-saving surgery sat a staggering ten grand in medical bills. Thankfully, Tanner connected with a local donation program that helped with medical costs.

In 2010, the Tanners started Swig — and you know the drive-thru on that story. The “dirty soda” queen started in St. George and has since grown to 30 locations across Utah and Arizona.

“We had a renewed sense of life,” she says. “You never know when something could be taken from you, so it’s important to go after dreams.”

After a crazy 2020 when their customers “seriously showed up for us,” Swig gave back with a cause oh so close to their hearts.

During Breast Cancer Awareness month, Swig hosted the cheekily titled “SAVE THE CUPS” — which donated a portion of sales, sold swag, accepted donations, and raised $161,000 that is helping pay the medical bills for breast cancer survivors.

Besides the A+ pun, the campaign’s cups ranneth over thanks to that personal connection. During planning, one of Swig’s co-owners, Dylan Roeder, urged Tanner to share her story and make it about more than just awareness. It was about “paying it forward,” he said.

“Boom! That was it,” says Tanner. “It’s so full circle to give women the same gift I was given. I’ve been hesitant to share my story, but now I’m going to shout it from the rooftops.”

The campaign’s original goal was $50k — which they hit after just 10 days. And Tanner knows she has Swig’s brand loyalty to thank.

“It’s so meaningful that our customers know we’ll put their money in the right place. That trust is everything to me,” Tanner says. “They rallied for the cause! And now Save The Cups will be part of Swig forever.”

“When we started Swig, everyone was like, ‘They’re starting a soda shop? Oh, bless the Tanners,’” she laughs. “Everyone sells soda, so we knew we had to be unique and that our branding would be incredibly important. Branding has to be authentic, because your customers will see through you so fast if it’s not. We quickly learned our customers shared sweet moments with us in the drive-thru. We were lifting people up, making them feel special, and sometimes even ‘the best part of their day.’ Our brand quickly became about that human connection — not just a caffeine fix.”