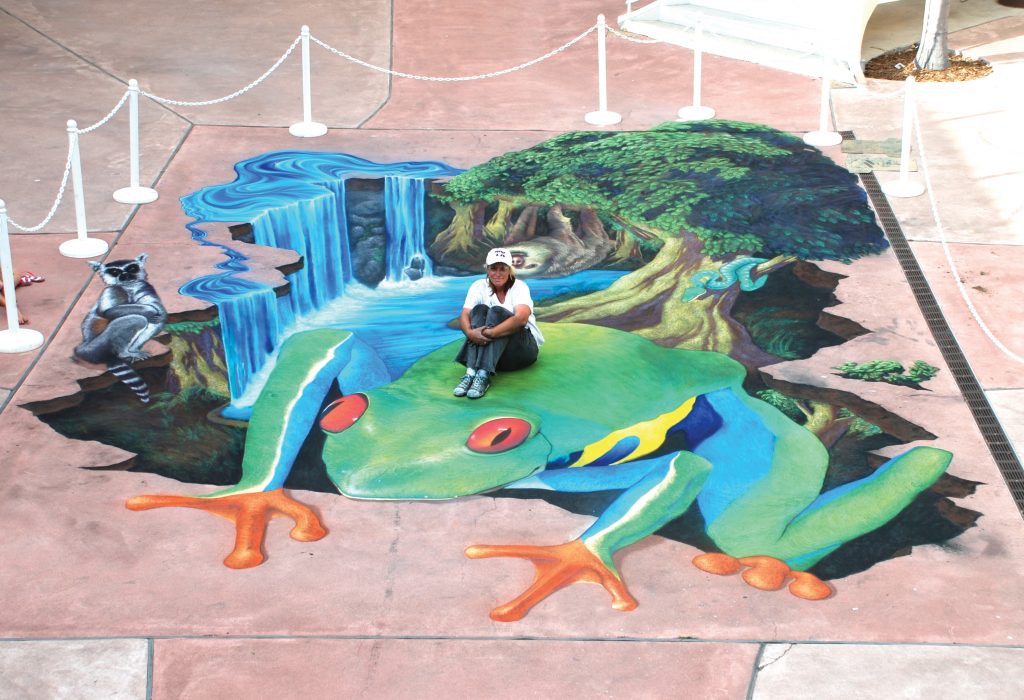 While chalk art festivals began as a way to commend religious leaders in the 16th century, the chalk hype increased at the release of Disney’s “Tangled” in 2010. The iconic scene of Rapunzel on hands and knees using chalk to make a beautiful and vibrant depiction of the yellow sun on a purple background had us all wanting to produce cheery chalk drawings, too.

And thus, the chalk festivals were re-born!

A year after the movie’s release — per coincidence or not — the Shops at Riverwoods toyed with the idea of bringing back their own version of a chalk art festival (Their first Chalk the Block event was actually in 2002!). The revised version would have a few Utah Valley-centric changes.

“We hold our event a little differently than other festivals, but it has worked for us and for our community,” says McKell Law, Chalk the Block organizer. “Instead of having spaces sponsored by companies, we generally tie all proceeds to one charity. It’s really fun to have that focus, and it leaves you in awe at the goodness!”

This, along with the use of different mediums and a longer, three-day outdoor event has brought a unique, community-approved Chalk the Block for Charity Utah event.

This year, Chalk the Block for Charity Utah is celebrating its 10th year anniversary and will have a few new twists for the momentous occasion. McKell, who was at the forefront of the original brainstorming session in 2011, says it’s hard to believe how far the outdoor festival has come.

“Starting the chalk art festival was a big leap of faith, but we had some great people in the community who helped and encouraged us,” McKell says. “The community supports the event, and that’s why it’s grown.”

Every year, the Chalk the Block event has raised thousands of dollars for the charitable organization they are benefiting, which has predominantly been in support of schools for children with autism. The annual event, while free in admittance to all attendees, raises money through artist registration fees and generous donations from community members.

“Our community has rallied together, and they have chalked through sunshine and rain in the support of charity,” McKell says. “I feel honored to be a part of this event.”

Artist registration for a space at the 2021 Chalk the Block for Charity Utah event opened in April, and the event will put chalk to pavement on August 26-28.