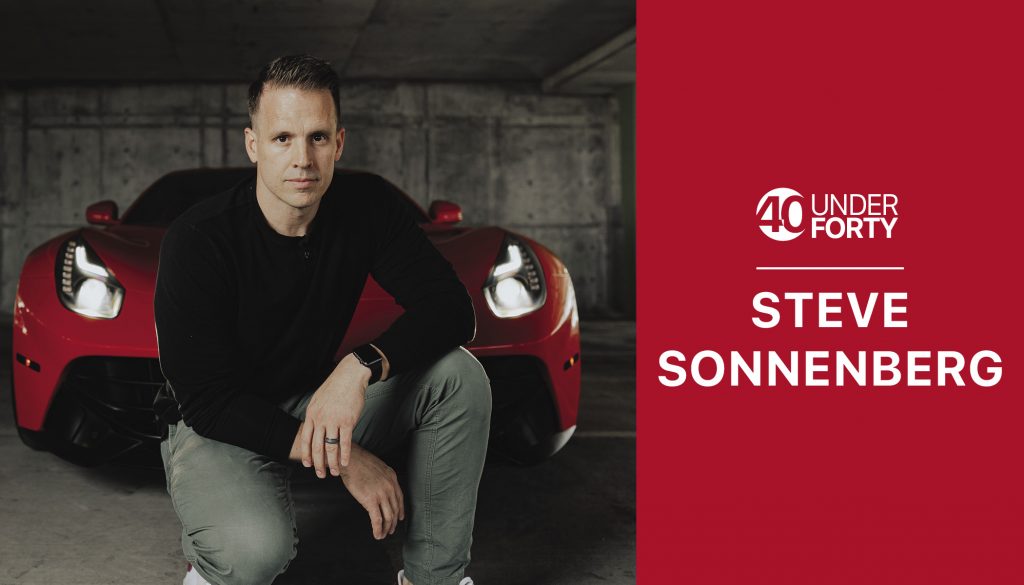 Steve Sonnenberg has created a lose-win situation. After graduating from UVU back in 2006, he began building several successful businesses. But when one of those businesses came crashing down in 2011, he lost everything. Rather than retreat and reverse, Sonnenberg hit the gas. He got a “day job” at Qualtrics to support his family while at night he launched Awardco, an employee recognition software platform. Since then, Awardco has partnered with Amazon Business, is one of the fastest-growing companies in the country, and is revolutionizing the recognition space. All risk, all reward.

PROUDEST ACCOMPLISHMENT When Awardco established a partnership with Amazon Business in 2015 and began re-imagining recognition and employee redemptions around the world. LEADERSHIP STYLE Participative Leadership Style: Everyone works together respectfully in an extremely open and collaborative environment. WOULDA-COULDA-SHOULDA The easy answer is to go back and change the circumstances that led to me losing everything financially. Although that was extremely hard, I wouldn’t change it for the world. I have a different perspective on things now, and that has helped me get where I am today. I would change nothing. WHEN THE GOING GETS TOUGH I focus on the objective and then break the problem down. You don’t have to solve the problem all at once as long as the objective is in sight. MAIN MOTIVATION The impossible — something that has never been done. Moving forward with no playbook and figuring it out is hugely empowering and motivating. ULTIMATE CAREER DREAM To recognize the good in each of us and reward the value we bring to each other. It’s something we can all work toward and it will never end. That’s the ultimate dream.