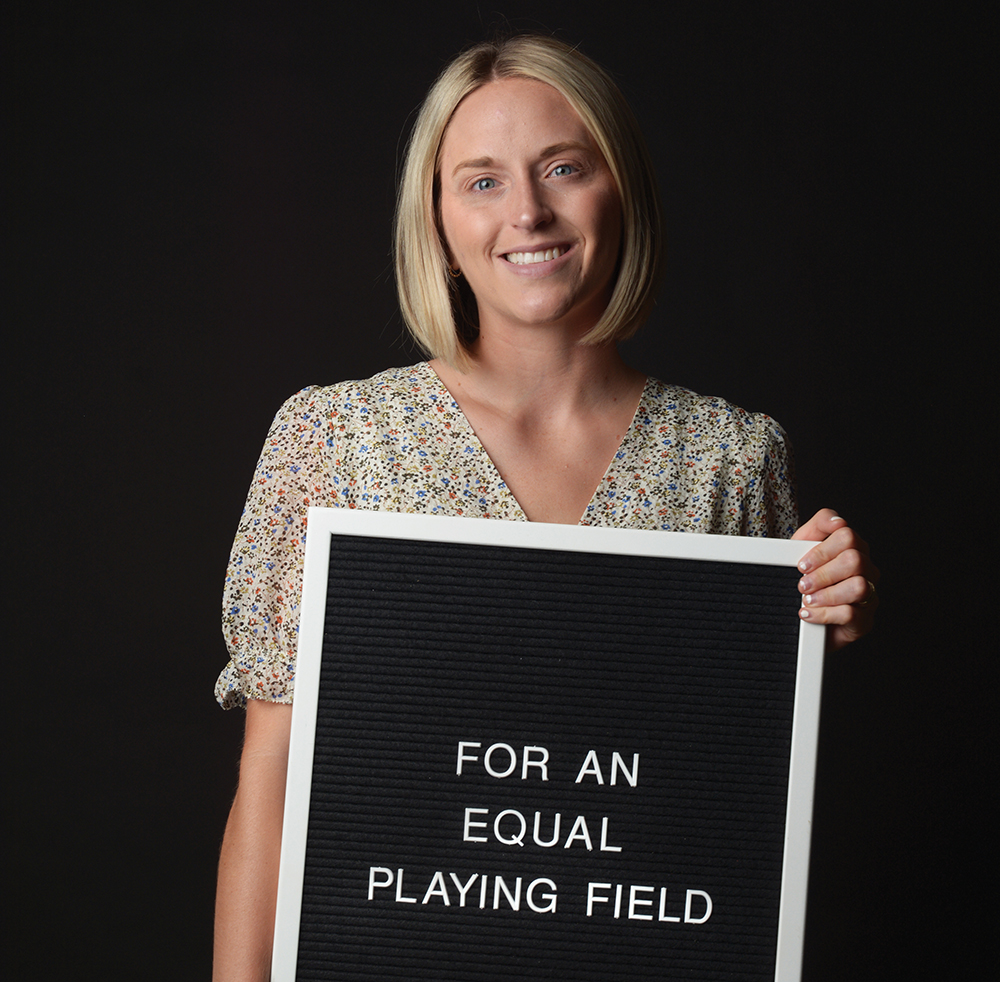 One in five girls will miss all or part of their school days because they lack proper menstrual products. The effects are even greater when you add missed extracurricular activities, work opportunities and social engagements for the same reason.

“It broke my heart,” McKenzie says. “I am a champion for women and much of what I’ve been able to accomplish comes from what I was able to learn by being in school. Missing a week of school every month is just not acceptable to me. It puts girls at a disadvantage.”

McKenzie reached out to a family member associated with Independence High in Provo and found out the issue hit close to home.

“Independence High is just down the street from our office and there are girls there who don’t have access to the menstrual products they need,” McKenzie says. “I knew I needed to do something.”

McKenzie used her influence as a business leader and community advocate to do something magical for her May birthday month (shared with her friend, Avery Harding, who joined in, too). She worked the phones and got gift baskets from a variety of companies — large and small — to raffle off each day during the month. All the proceeds went to menstrual supplies for at-risk women and girls.

By the end of the month, McKenzie and Avery had raised $16,244. Most of the 650 individual contributions were between $5 and $20. Besides getting menstrual supplies for girls at Independence High (which were delivered before the girls left school for summer break), McKenzie gave to the Boys & Girls Club, Women in Need Kauai and Odyssey House, a non-profit addiction recovery facility that had housed and helped McKenzie’s mother-in-law.

Beyond helping these women and girls as part of a birthday celebration, McKenzie also hopes her efforts brought awareness to the larger issues surrounding period equity. For example, menstrual products are not covered by food stamps, so many women and girls in need aren’t able to afford what they need. Also, many states still tax menstrual supplies (Utah doesn’t) and don’t have them publicly available for free.

“We need to end the stigma surrounding periods,” McKenzie says. “It’s a biological component of being a woman. It shouldn’t be something that is vilified or puts women at a disadvantage. We need to talk about these issues and do what we can to make things better for the women and girls in our lives. That means this is not just a women’s issue. Everyone has women in their lives who are special and meaningful. Men should fight for women to have an equal playing field, too.”

How to help
A number of organizations are working to help all young women to have the menstrual products they need — from legal professionals fighting for better legislation to companies giving back. You can help by writing to legislators about changing taxation laws or expanding welfare programs to include menstrual products. Beyond that, though, McKenzie Bauer feels like each of us can help fight the stigma by having open conversations about menstruation, normalizing it in our daily lives and bringing attention to decision-makers in our neighborhoods, communities and beyond. “We need to help girls have confidence in who they are and what they can accomplish,” McKenzie says. “They don’t need unnecessary barriers.”