Home Main That one time I…. Acquired an original Carl Bloch

That one time I…. Acquired an original Carl Bloch 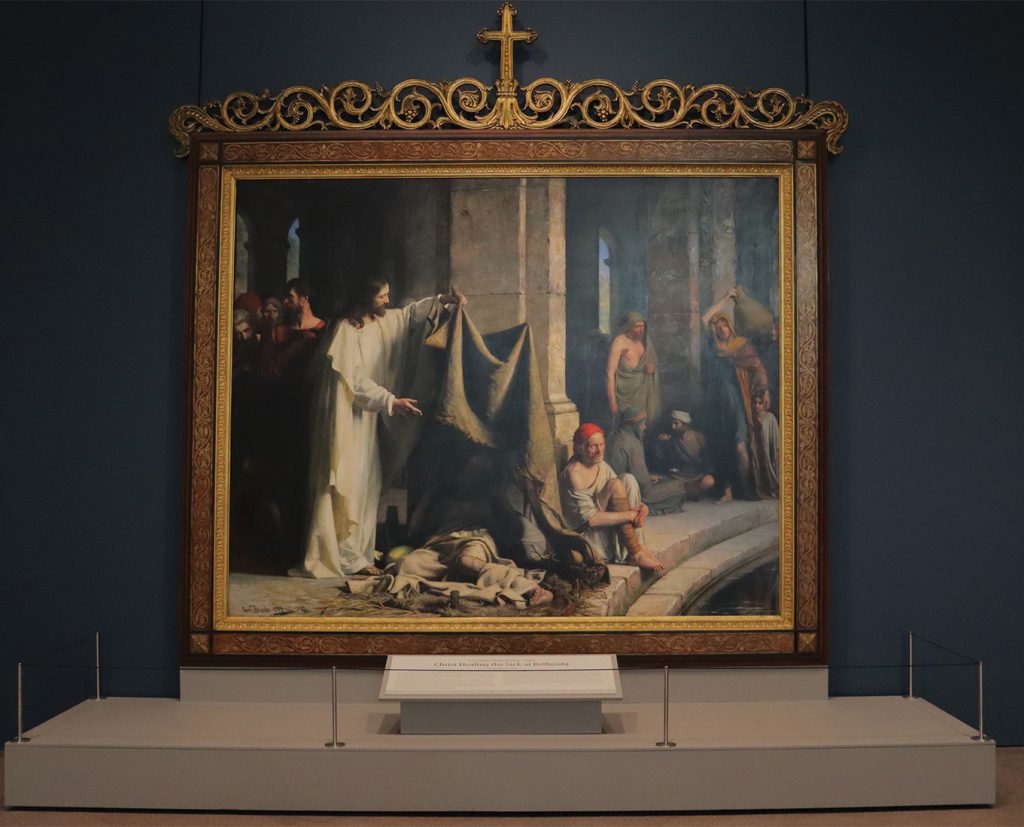 A Danish painter from the 1800s is arguably the most well-known religious artist among Utahns even more than a century and a half after he painted the life of Christ in the Frederiksborg Palace collection.

LDS Church buildings and Bible videos carry on the legacy of Carl Bloch’s depictions of the Savior and his love of mankind more than 2,000 years ago.

Twenty years ago, the BYU Museum of Art acquired the original, iconic altarpiece titled “Christ Healing the Sick at Bethesda.” Earlier this year, Utah Valley Magazine named this 8 1/2 foot by 10 1/2 foot original as one of the valley’s “7 Wonders.”

Part of the “wonder” is that the painting came to BYU at all.

After months of negotiations, the Bethesda Indre Mission and Danish government finally approved the sale, and through the generosity of museum donors the masterpiece made its way to Utah two decades ago.

To get specific, the BYU MOA received the painting on September 10, 2001. Yes, the day BEFORE 9/11. BYU acquired this painting ­— this symbol of hope — the day before time stopped and the world changed. The museum received the painting and set it up just in time for patrons to come and enjoy peace and reflection while taking in every brush stroke.

The MOA is one of the largest and best-attended art museums in the Mountain West. There are permanent displays as well as seasons of traveling temporary displays. BYU prides itself on its standard of education — this museum is both professional and thought-provoking.

And Carl Bloch matches the MOA with his thought-provoking, prolific art of Jesus Christ. Carl was born in Copenhagen, Denmark, to parents who wanted him to become an officer in the Navy. He chose art over artillery. He studied art in Italy, and he also passed through the Netherlands where he was inspired by the work of Rembrandt. Rembrandt became a major influence in Bloch’s work. He then met his wife, Alma (another tie to Utah culture, anyone?), in Rome. They were married in 1868.

The pool of Bethesda, which he painted, is said to have been created in the 8th century BC when a dam was built across the short Beth Zeta valley, creating a reservoir for rain water. This Jerusalem pool is made famous  in the New Testament (John 5) when Jesus miraculously healed a paralyzed man. John describes the pool covered by colonnades or porticoes. Carl painted this scene depicting Jesus saving the afflicted, as they look up to him for both physical and spiritual healing.

The Deal of the Art

BYU’s Museum of Art is free and does not require reservations.