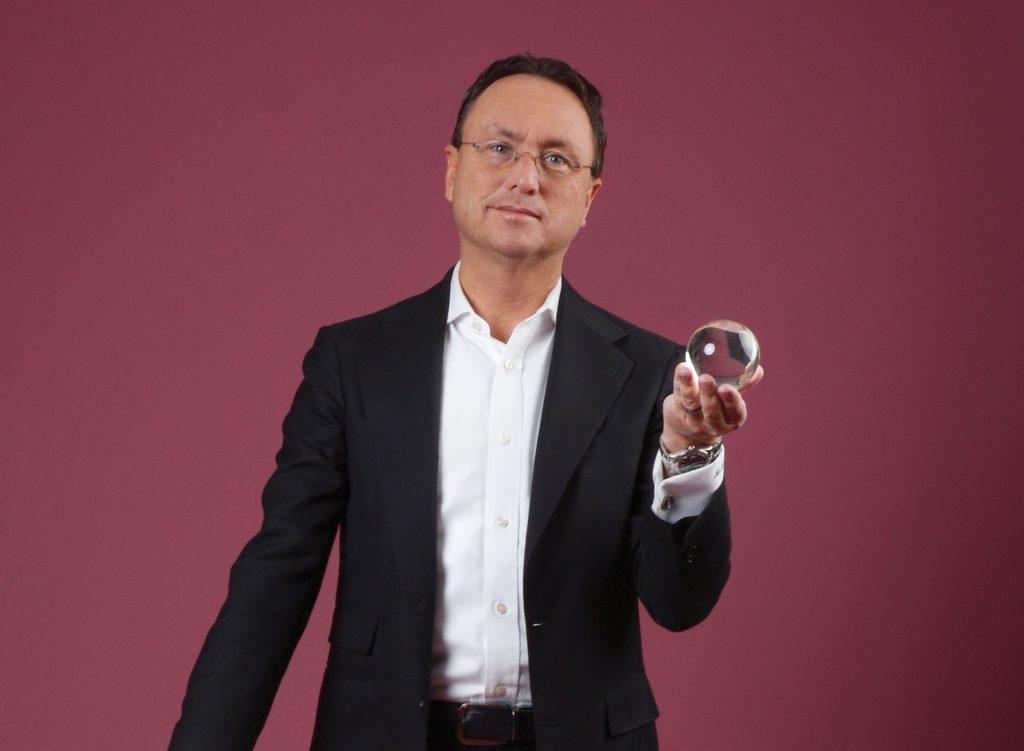 Brandon Fugal owns an exotic car collection, a jet and a helicopter — and he zooms around via plane, train and automobile to keep up with his eclectic business interests and hobbies. His day job has him working into the night to put together commercial real estate deals as Chairman of Colliers International. His own personal diverse real estate holdings include Skinwalker Ranch (the most scientifically studied paranormal hotspot in the world), Evermore Park in Pleasant Grove (immersive experience theme park), Hawaii North Shore project (1,250 acres, including a 300-acre canyon ranch), and Thanksgiving Development, where he is a founder/partner. But Fugal is not all work, no play. He threw his own legendary wedding party in September, complete with his arrival via helicopter and a private Air Supply concert. He’s a child of the ‘80s but has his eyes on the future — even funding the Brandon D. Fugal Gateway Building at UVU in the past few weeks. Fugal plays the bugle of cool.

Find something to be an expert at, and do whatever it takes to know more about your topic than anyone else on the planet. My dad also gave me incredible advice: “Have you done any good in the world today?” He passed away this fall, and his words are more important to me than ever before.

Working with the leading entrepreneurs and the biggest development projects in Utah. I chose to go into commercial real estate because I wanted to work with captains of industry as we grow the economy. I also collect rare books, with my most precious being Oliver Cowdery’s Book of Mormon. Other meaningful items include a Shakespeare folio, medieval manuscripts and historical artifacts. I own Skinwalker Ranch, and our third season of “The Secret of Skinwalker Ranch” comes out in the next few months on the History Channel. I probably seem a bit “out there” with this range of interests. Screw it. I am “out there.”

“Ready Player One” by Ernest Cline.

“Stripped” by Depeche Mode. The ‘80s were the best.

Utah Valley has the most beautiful mountain and lake backdrops in the world. And in particular, Pleasant Grove is the most beautiful place in Utah. I was raised here, graduated from high school here, and I continue to live here even though my primary office is in Salt Lake City. I’m building a new home in Pleasant Grove and plan to stay in the city where my ancestors settled.

The entrepreneurial spirit is on fire! The next 2-3 years things are just going to explode.

Meanwhile, Back At the Ranch
Cool Entrepreneur Brandon Fugal Puts Utah in the Paranormal Spotlight with Skinwalker Ranch

Brandon Fugal was the epitome of the 1980s as he grew up in Pleasant Grove. He played Dungeons & Dragons with his friends “until it was banned by the school principal due to controversy at the time,” he says. Those same friends “freaked out” while watching “Red Dawn” at the Alhambra Theater on Main Street Pleasant Grove (later known as Grove Theater).

“I was certain I was going to need to get myself out of quicksand at some point in my life,” Fugal laughs. “There will never be another generation like ours. Today we have a bunch of politically correct idiots.”

Fugal could tell you about the decade’s hit songs, MTV shows and hot bands, and he even created music of his own. He knew all the ‘80s fashion trends (although he still wore a suit once a week to Pleasant Grove High “just to mess with people”).

Now as a 48-year-old, not much has changed except for Fugal’s net worth.

“I’m on a quest to acquire all the things that influenced me from childhood on up,” he says. To this end, he’s purchased movie memorabilia and scripts from his favorite films such as “Terminator,” “Karate Kid,” “Goonies,” “Ironman” and “Wolverine,” to name a few.

Fugal also acquired what feels like a movie set from the ‘80s. This commercial real estate mogul added a ranch to his collection — Utah’s own “Area 51” known as Skinwalker Ranch, which is 130 miles east of Orem in the middle of the Uinta Basin. For centuries, paranormal activity has been documented by locals, scientists and the government.

In 2016, Fugal’s excitement about the mysterious plot line led him to purchase 512 acres. He initially kept quiet about his ownership and didn’t want to go public. That all changed when the History Channel developed a series to unlock “The Secret of Skinwalker Ranch,” and millions have tuned in to see the unexplainable unfold in the first two seasons — and the third season has already been filmed and will be released in 2022.

Since Fugal’s purchase of the ranch from billionaire Robert Bigelow, he has poured millions into increased security and improved facilities — as well as employing a staff of scientists and security guards including “Dragon,” who was an LDS missionary companion to Fugal in Hawaii in the early 1990s.

With his boyhood charm and excitement for sharing his latest finds, Fugal has taken many political, economic and cultural leaders to the ranch — including Post Malone, former Governor Gary Herbert, UVU President Astrid Tuminez, as well as senators and Hollywood stars.

“I want to understand our place in the universe,” Fugal says. “The idea of creating a laboratory to explore is what drives me. I have tried to keep a virtuous focus on the ranch and not prostitute it out for tours or unwise economic gain. I am a steward of this ranch. It has a history and continues to provide ‘did you see that’ moments — with viewers watching worldwide to see what we’re finding here.”

In short, Skinwalker Ranch is the most scientifically studied paranormal hotspot in the world. Fugal and his team continue to add to the data while capturing interest around the globe. Fugal gets stopped by fans and paparazzi both inside and outside Utah for photos and signatures (BusinessQ witnessed this first-hand at our post-ranch lunch. We also watched Fugal read a letter written by a fan that had been taped to the gates of Skinwalker Ranch, which told of the person’s unusual experiences at the ranch in decades past.)

Let’s Go Brandon (But For Real)

Fugal has been unearthing the impossible both at Skinwalker and in his commercial real estate ventures, and his Diet Mountain Dew fetish also fuels additional business interests. He’s got “ranches” and branches of his empire in companies such as Axcend, the Texas Growth Fund, Giddy (blockchain & crypto technology) and Colossal, which he calls “the de-extinction company, resurrecting the woolly mammoth.”

“My whole goal is to make Utah the center of gravity,” Fugal says. “It is malpractice for anyone to launch a business in anti-business places like California. Utah has the most dynamic, collaborative, exciting ecosystem in the world. And our best days are ahead of us.”

The Do's and Don'ts of Missing This Next post