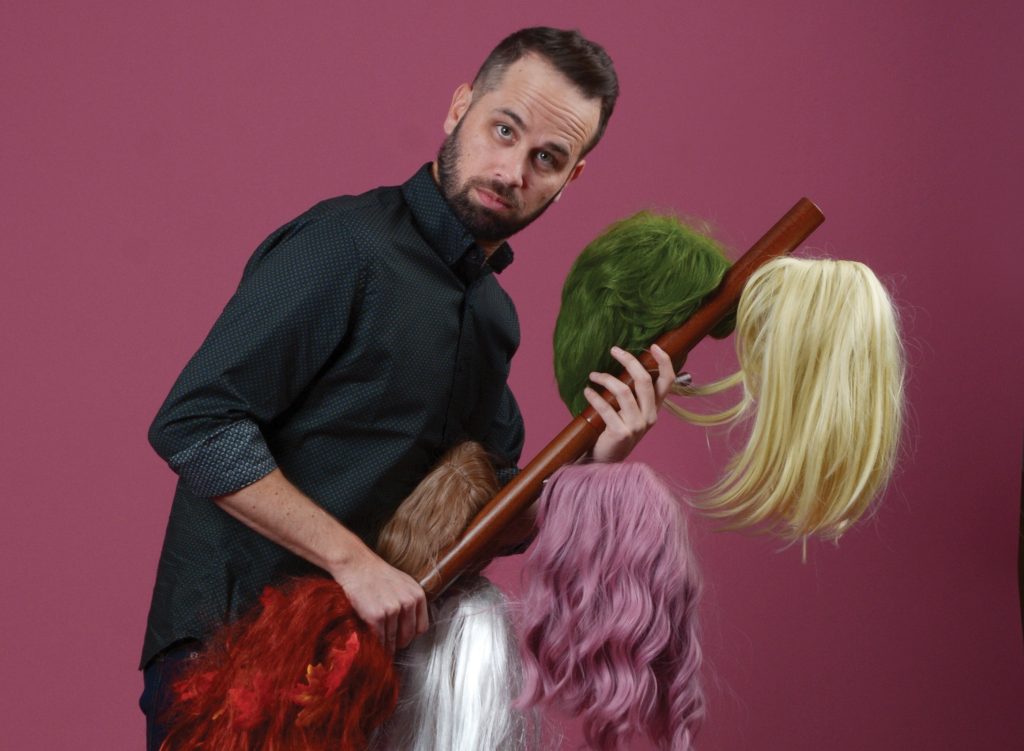 Grab a wig and go BIG. For the past five years, Shaun Johnson and his wife, Nicole, have been the comedy duo we never knew we needed. They started “The Johnson Files” in 2016, where they create and share videos on a variety of topics like the bonkers real estate market to “Things Mothers Say” to “No Context Conversations.” (That hilarious real estate video, by the way, has over 10 million views on TikTok and 2.4 million views on Facebook. It’s basically therapy for anyone who tried to buy a house in 2021.) Over 400 videos later, they are still putting out content and producing live improv comedy shows across multiple states for sold-out audiences. Oh, and did we mention Johnson has another dog and pony show? He’s a senior manager for pharmaceutical company Boehringer Ingelheim, which services both humans and animals.

WORD. Stay open-minded. It’s easy to hear something new and immediately shoot it down. The answer to something may still be no, but at least I heard it out and gave it careful consideration. Many of the successes we’ve had sounded ridiculous when first proposed.

COOLEST WORD IN THE WORLD Turtle.

WORST WORD IN THE WORLD Walnut.

COOLEST WORK ACCOMPLISHMENT In 2021, we were able to put on a large outdoor improv show. Over 3,000 people sitting outside laughing together. After so much entertainment being shut down during the pandemic, this was an inspiring sight. It was also a big accomplishment, not only for us, but for improv, which is typically performed for small audiences.

COOLEST CLOTHING  An orange knitted cardigan. I bought it at a thrift store and it probably belonged to a very old lady. It’s in so many of my videos.

COOLEST PART OF YOUR COMPANY We get to make people laugh, and there’s nothing more rewarding to me.

COOLEST THING ABOUT YOUR EMPLOYEES My employees, I suppose, would be the friends who perform with me. They are hilarious, talented, wonderful people and many of us have been performing together for over 15 years.

COOLEST THING ABOUT OUR BUSINESS COMMUNITY We have been overwhelmed by the amount of entrepreneurs who live in Utah County — people willing to collaborate and share ideas. It really is remarkable and provides so many amazing opportunities.

COOLEST PERSON YOU KNOW  Winter. He’s just a real chill dude. (If you know, you know).

MAJOR PROPS Now this is the way to wig out. Shaun Johnson brought a tower of wigs to our photoshoot to showcase the variety of personalities he performs. The blonde wig, affectionately known as “Sandy,” is Johnson’s most popular character and has been  making people chortle since 2016.