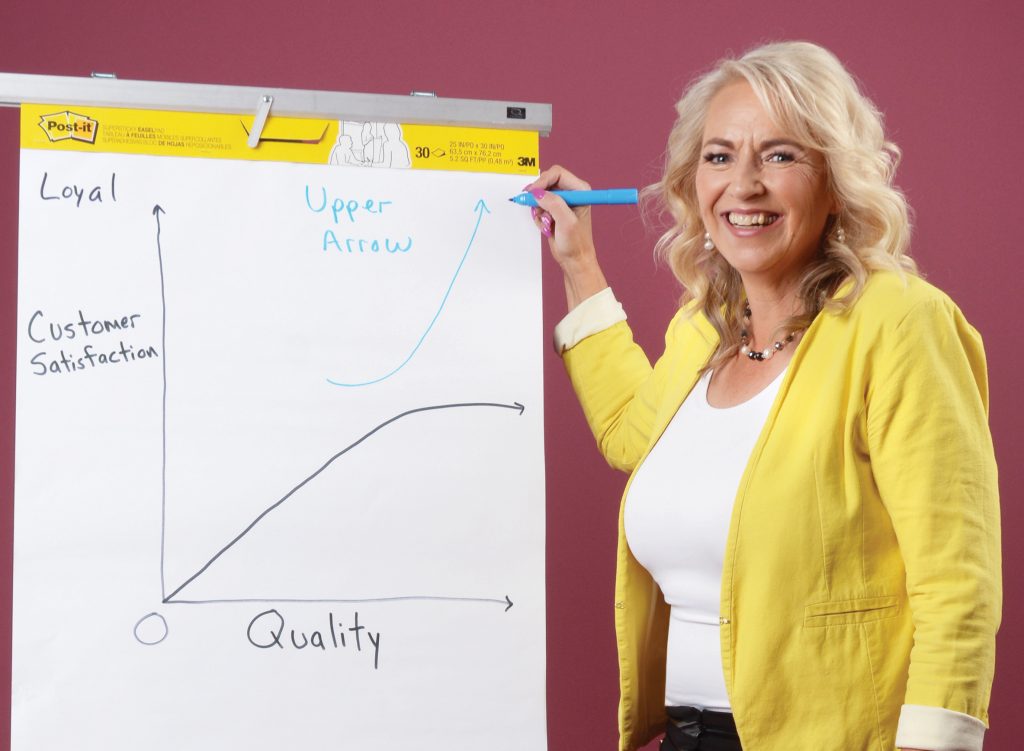 Sydne Jacques is no one-trick entrepreneur. From hard hats to chocolate chip cookies, she’s built a career on smarts, strategy and semisweet. Jacques earned her civil engineering degree from BYU in 1989. She quickly realized her passion was more culture, less cubicle, so in 1994 she launched Jacques & Associates with the tagline: “The People Side of Engineering.” The consulting business grew from her kitchen table to a multi-million dollar company, and it’s where her tradition began of bringing home-baked cookies to every meeting, workshop and conference. (Her team baked over 20,000 cookies last year alone!) In 2019, she launched Next Level Leadership, where she speaks to clients about smart strategies, leveraging leadership and culture consultations. Her industry may not be known for yellow blazers and baked goods, but Jacques was built to stand out.

Create your life by design, not default.

The opportunity to have consulted with over 500 different teams. I currently have projects across the United States, as well as in Guam, Korea and Japan.

Raising four kids who all know how to work hard, play hard and love to spend time together.

My dad wrote an autobiography about his life before he passed away. My family and I will treasure it forever.

“Return to Pooh Corner” by Kenny Loggins. It reminds me of the wonder and imagination of small children.

My construction hard hat and reflective vest. One of my messages to people is that working with your hands in the skilled trades industries is an important and valuable career choice and should not be undervalued or looked down upon. (Editor’s note: You can see Jacques’ TEDx Talk to witness her passion for the skilled trades.)

Our version of “profit-sharing” is to have an experience together based on the profitability of the company that year. We have been to Disneyland, Six Flags, Knotts Berry Farm and on multiple cruises. We love to have fun together! Look for us on a cruise ship in January.

They’re fun to be around, they work hard, they’re loyal and they’re trustworthy. We have incredibly low turnover. We work from home and always have (we were doing it before Covid made it cool).

I love being so close to the mountains! I grew up in Montana, but we still had to drive 90 minutes to get to the mountains. I love running, hiking and skiing in Provo Canyon. And I love the Murdock Canal trail because it was a favorite project that my team worked on.

I love that it is such a hotbed for entrepreneurs. People have an abundance mindset and are willing to help and mentor others.

Can I say Jeanette Bennett?! (BusinessQ’s own editor-in-chief.) She really is my hero because she has built an incredibly successful business and still prioritized her family, her church service, and her community. I want to be her when I grow up. (Editor’s note: We didn’t pay her to say that — but we plan to bake her cookies as a thank-you.)