Home Main The Do’s and Don’ts of Missing This 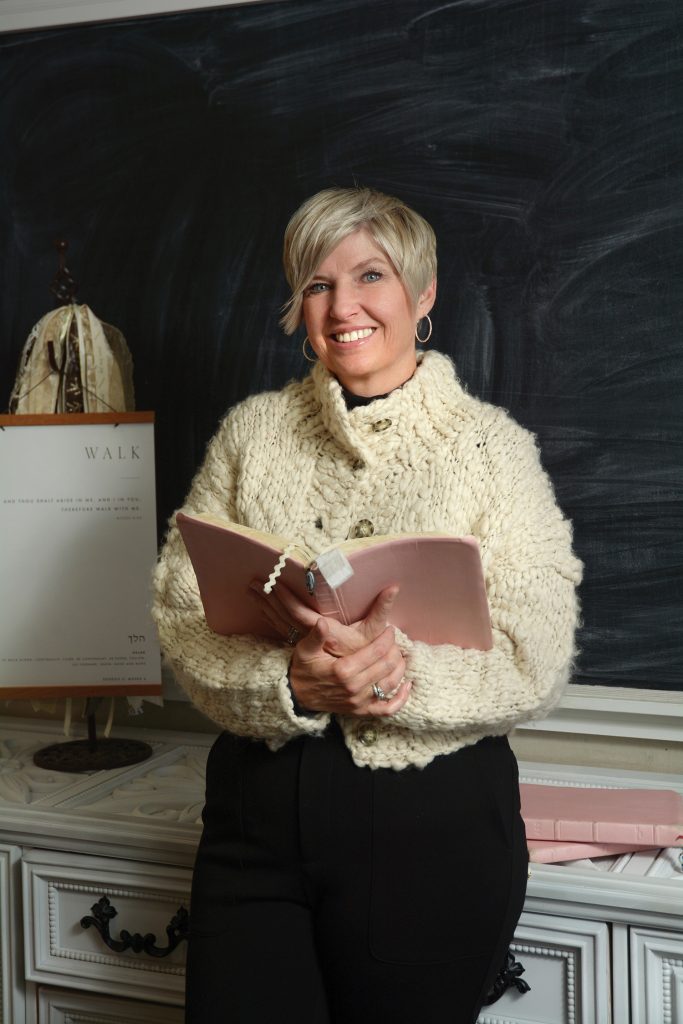 As Emily Belle Freeman and David Butler walk down her Lehi stairs to record their world-famous podcast/YouTube show, they casually decide who will teach which parts of the scripture topics. And then they stand in front of an iPhone camera precariously balanced on a stack of hymnbooks and they hit record.

Their individual decades of scripture study and teaching have prepared them as they now start their fourth year of creating weekly “Don’t Miss This” episodes, which supplement the “Come, Follow Me” curriculum put out by The Church of Jesus Christ of Latter-day Saints. In 2022, the focus is on the Old Testament, and the Bible is Emily’s Disneyland.

Some of Emily’s most important lessons are things you DO want to miss, such as judging others, segregating by faith traditions, and being bothered by our differences. Her interfaith work with Multiply Goodness and Jubilee unify local faith traditions and build on common ground. We’re more alike than we are different, and that’s the gospel truth according to Emily.

Emily and Dave are both comfortable in front of seminary and Institute students, and their classroom doors have been parted like the Red Sea to bring in more than 184,000 subscribers and 9 million+ podcast downloads for their “Don’t Miss This” brand of religious teachings.

In addition to the LDS-based content, Emily is also a significant player in Utah’s interfaith community and has published five books that are enjoyed by the larger traditional Christian market.

In 2020 and 2021 — two years fraught with anger, struggle, and division — Emily offered messages of unity and understanding. She showed people how having a sincere curiosity about other faiths can create connection.

She follows three rules when entering an informal or formal setting with those of differing opinions. First, emphasize what you have in common. Second, let love be the only agenda. Third, enter the conversation with the intent to learn and not to convince. Her leadership in bringing together diverse opinions can be extrapolated to approach other divisive topics including race, Covid and mandates. In short, our community doesn’t want to miss the behavior Emily is modeling.

Growing up, Emily had an innate love of writing and reading, and she wasn’t afraid to talk about Jesus. In elementary school, Emily’s teacher asked the class to draw an Easter picture. While her classmates scribbled bunnies and Easter eggs, Emily drew Jesus on the cross. The teacher contacted her mom and wanted to know how she had trained Emily to have such a deep understanding on a deep topic.

Emily was raised in Utah until she was a senior in high school and moved to Ventura, California, where her parents served as mission presidents for The Church of Jesus Christ of Latter-day Saints.

The primary souvenir Emily took from this chapter in life was getting to know people of other faiths.

“My parents established a deep-rooted faith for us that didn’t feel threatened by inviting people in,” Emily explains. “We had all sorts of people at our house all the time.”

After graduating from high school in California, Emily continued to seek out interfaith experiences and friendships. She was approached to write a book for the traditional Christian market. Before she jumped in, she knew she needed to spend time studying outside of her typical LDS resources.

She called South Mountain Community Church in Draper, not far from her home in Lehi.

“I asked if they allowed LDS people to come to their weekly women’s study group. They said ‘Why not?’”

“There were about 150 women who attended weekly,” Emily explains. “We broke up into groups of 12 to study. There were young moms, grandmas, single people — but we all had the Bible in common.”

As Emily studied with this group, she began to see the similarities in the LDS faith and other traditional Christian faiths. She recognized many of the same values and themes, often just described by different terminology.

For the first year, Emily did a lot of listening and looking for common threads. One year in, the leader of the group told Emily that she felt like they viewed Jesus similarly, and she was interested in learning more about where their faiths differed.

“Because she trusted what was similar in our faiths, it opened up a space where she could ask me about how we are different,” Emily said. “Because we had built that relationship of trust, we could move into conversations where nobody got defensive.”

Throughout the second year of her study, people in the group started to regularly ask, “What does your church think about that, Emily?”

They listened, learned, had important conversations, and became genuine friends.

“At my kid’s weddings, people from my South Mountain study group were there from start to finish helping me set up and clean up,” Emily says. “My ward friends came to say hello, but my Bible study friends stayed the whole night. They became like family.”

Emily eventually did write the traditional Christian book, “Even This: Getting to the Place Where You Can Trust God With Anything,” and she has continued working on interfaith projects, including Multiply Goodness, which is a non-denominational weekly Bible study, and her Jubilee events (thejubileegathering.com).

Emily’s experiences have also refined the way she thinks about missionary work.

“There are times when your mission is to proselyte and bring Jesus Christ to the world,” she says. “Sometimes the season you are in is to gather and bring light and goodness and Jesus into a situation and that is all we are called to do. I ask myself what I am called to in every situation … Jesus met people where they were.”

Emily’s interfaith connections came to the rescue when the producers of the television series “The Chosen” came calling. They were wanting to put together a live audience of 200 people from different faiths to film a specific scene. Emily made it happen within a week! One of Emily’s most profound highlights during Covid was being on the set of “The Chosen.”

When Emily isn’t playing religious scholar and content curator, her favorite role is mom. Emily always wanted to have five children, but after her fourth pregnancy her doctor told her it wasn’t a good idea.

She didn’t know it at the time, but her fifth child, Garett Bolles, would come to her as a troubled teenager years later. Emily and Garett lived in the same neighborhood, where Garett was struggling and in need of a family setting. Emily and her husband, Greg, agreed to let him live with them if he followed their rules.

Years of struggle, consequences, and growth followed. Today Garett plays offensive tackle for the Denver Broncos. The Freeman family loves supporting him and watching him play.

THE LESSON IS LOVE

Emily only remembers one disagreement she and Dave had on how to teach a topic. It was the Mary and Martha story, and the two wanted to emphasize different lessons from the New Testament women. But in true Emily fashion, there are lessons in the differences. And a whole sea of sameness where love resides. Don’t miss that.