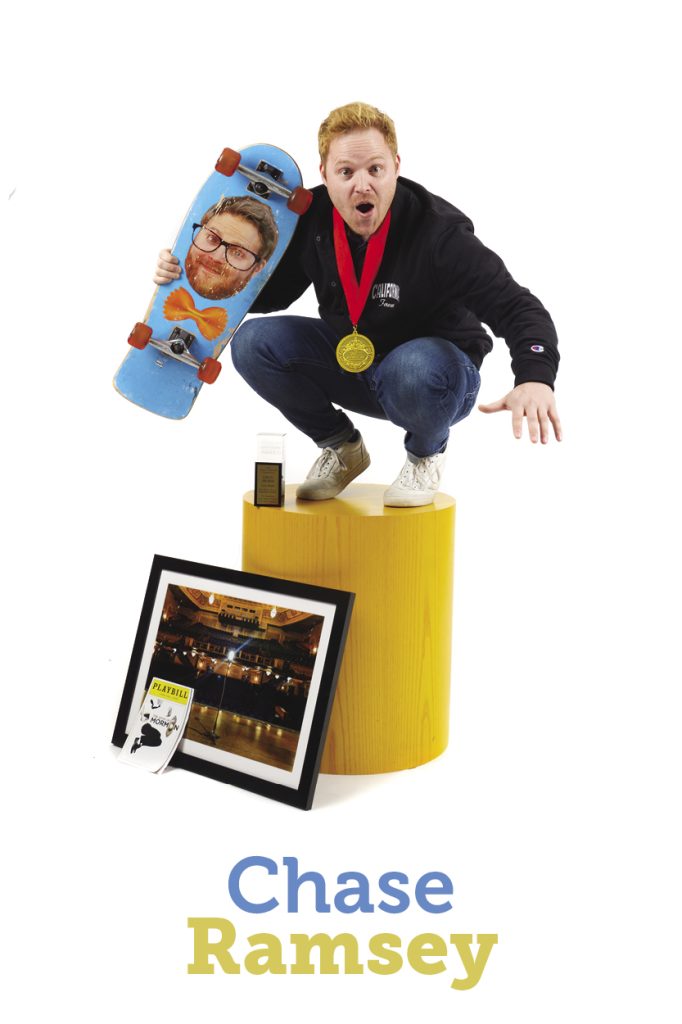 Chase has been around the world in 32 years. As a full-time actor, Chase wears many hats — and wigs, costumes and microphones. Chase graduated from UVU in theater and has graced Broadway stages and TV/movie sets. Chase recently filmed the Netflix movie “Christmas in Wonderland,” where he plays Lindsay Lohan’s assistant. (“Get in loser, we’re filming!”) Other film and TV credits include Law & Order, CSI: Las Vegas, Marvelous Mrs. Maisel, Hallmark and Why Women Kill. Chase ate his way around California on his own Food Network show, “California Dream Eater,” where Mac and Cheetos from The Attic on Broadway in Long Beach was his favorite bite. Chase made his Broadway debut as Elder Cunningham in The Book of Mormon Musical. This father of three has directed for Walt Disney Company, is a songwriter for Disney Channel Animation, has taught theater at UVU and broke onto the music scene by releasing an album with band Ruvey.

Game of Life A day in my life includes lots of self tape auditions, writing music and scripts, meetings for future projects, working out, and always hustling!

Ticket To Ride My life forever changed when I booked California Dream Eater, a Food Network show based in San Fransisco (with over 1 billion views!). Now every time I think I know what the path is, it starts to change.

Game On My favorite game is “What’s your Trauma?” This is where we sit around and talk about our trauma.

Don’t Get it Twister People don’t understand how lonely being an actor can be.

Monopoly on Humor It makes me laugh when people are mean in a loving way.

Full Hand I have more hats and carbs than most people.