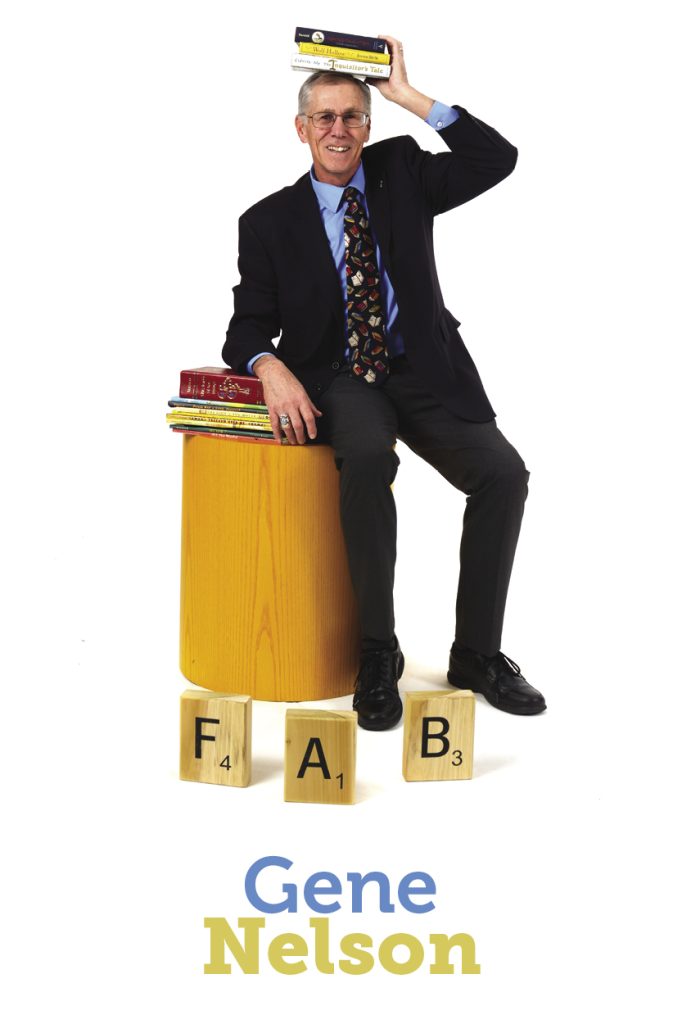 Gene was a J.C. All American in track and field before switching to the sport of books, where he has been “at this library stuff” for 44 years. The Provo City Library Director has served on the John Newbery Award selection committee and twice on the Randolph Caldecott Award committee (think metallic foil circle). He’s also won several awards himself including Provo Kiwanis Club Man of the Year, Provo Rotary Club Champion of Literacy Award, Provo Mayor’s Award of Excellence, and UVU’s Literacy Champion Award. Stepping out of the shelves and into the classroom, Gene has taught children’s literature at three colleges over the span of 30 years. Gene has also built three libraries — two in Las Vegas and one that has changed our community: Provo City Library at Academy Square. He is a founding member of the Utah Valley University Forum on Engaged Reading and has served as the Utah Library Association President.

Game of Risk I came home to my wife and two babies as a senior at BYU and told my wife I wanted to change my major while having no clue what to do. Linda Adams, a mentor at the Y, talked me down off the cliff and asked if I had thought of being a librarian. She introduced me to the dean of the Library School and next thing you know, I’m in the graduate program. Best decision I’ve made in my career.

Roll the Dice One of the best surprises life has given me is surviving two open heart surgeries.

Uno Reverse After dying a few times on the operating table, I more fully realize how important my relationships with family, friends, and coworkers are in my life.

Monopoly on Humor Almost anything children say makes me laugh.

Life Hack Always have a book with you to read at stoplights.