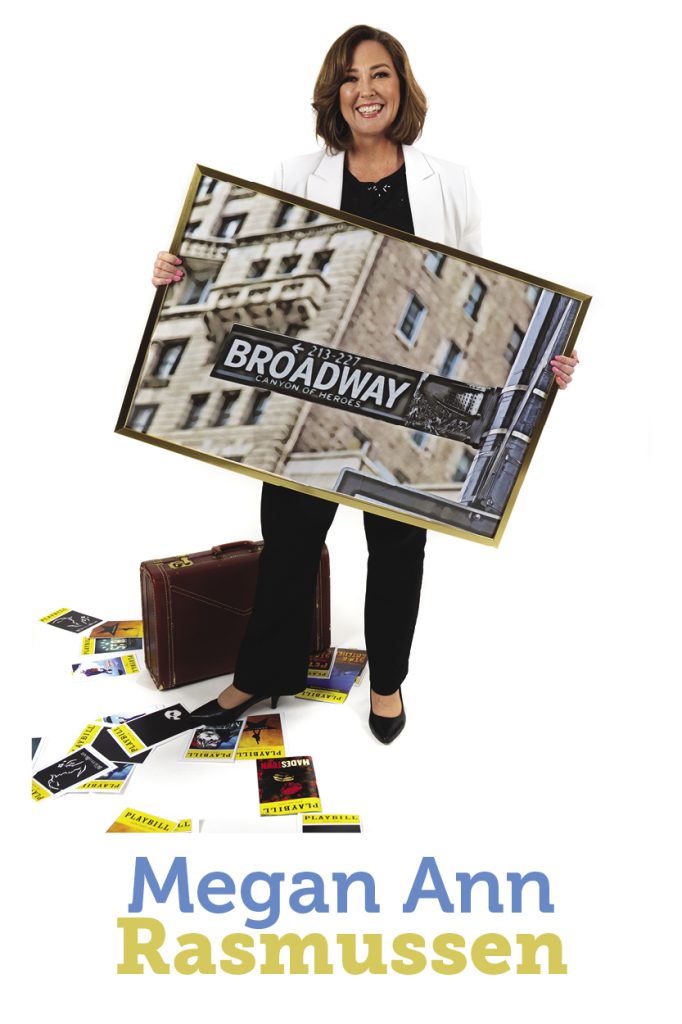 The show must go on for Megan Ann, who is co-producer of a new Broadway musical called “Joy on Broadway.” She’s also the lead producer on three new musicals — Heaven Come Home, Spells of the Sea, and The Rocking Boy. She has taught theater at three Utah universities (including 9 years at BYU), and she has served as president of Theatre for Young Audiences/USA. She helped her husband start the first electric bike business in Utah. Truthfully, the role of her life is as wife to her best friend David and mother to four children, including two special needs sons. Megan Ann was trained to take charge as the oldest of eight children in her family of origin.

Uno Reverse I was directing a show that was to open March 13, 2020. Then the pandemic shut everything down. During this time, I started working with a top Broadway producer. I’ve had unprecedented access because Broadway was closed. I’ve used this time to leverage skills I’ve developed over 20 years in theater. I feel more at home as a producer than any aspect of theater I’ve worked in including actor, writer, director or educator. I plan to produce for a long, long time.

Full Deck I have so many Playbills! This past fall, I traveled to Broadway six times in eight weeks to attend the re-opening of the first musical — and to see five readings of new plays.

Life Hacks Take advantage of every 15 minutes. If you get four, than you have an hour of productive time.

Game of Life I found out I had Rheumatoid Arthritis in my 20s. I use yoga, foot zoning and a life coach to help me balance my physical and mental energy. Being a genetic carrier for Fragile X has come with challenges including infertility and a predisposition for anxiety and depression. I never expected to have two boys with Fragile X. It is totally overwhelming and also a delight. Our family motto is: Believers. Doers. Servers. Dreamers.

Ticket to Ride In the future, I see myself as a Tony Award winning Broadway producer. I create work that uplifts and motivates. Theater is one of the most impactful forms of entertainment. Theater can change lives. Let’s use it for good.