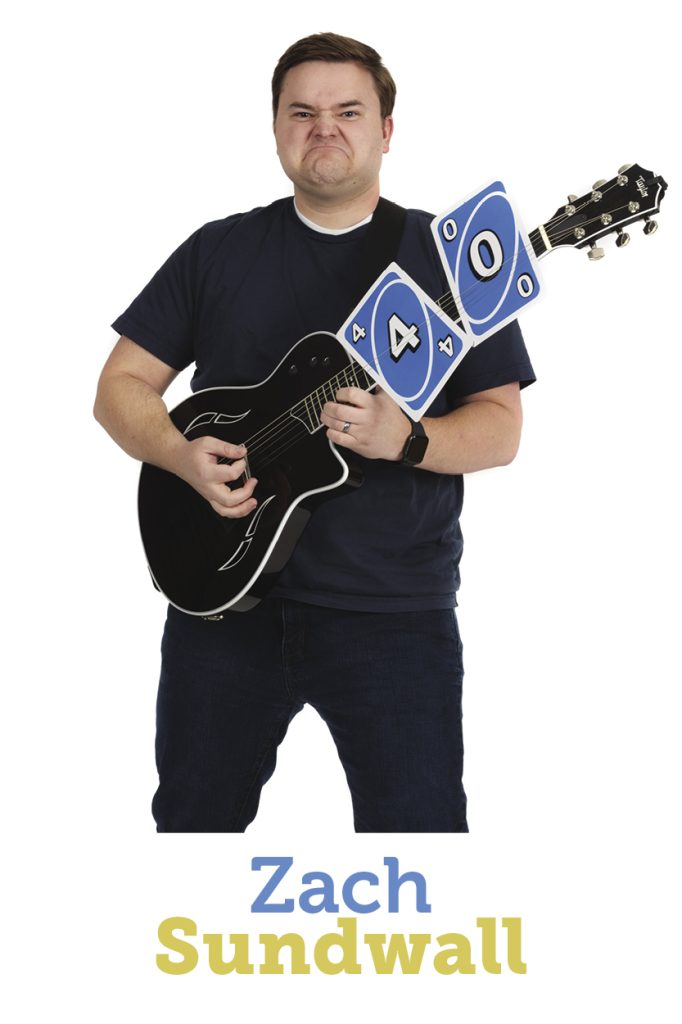 Zach’s native language is symphony. A graduate of BYU’s Commercial Music program, Zach pays homage to his alma mater by composing music for the Young Ambassadors. On a larger scale (pun intended!) Zach has written theme songs for NBC News in Los Angeles and New York City, CBS, and has for TV/radio networks worldwide as well as international commercials for brands including Jeep and Nitro Circus. Though Zach’s first love is instrumental, he has been married for seven years to Taylor, and has the world’s tidiest 2-year-old son, Emmerson, who is obsessed with cleaning up trash. A list of Zach’s original songs can be found on soundcloud or at zachsundwall.com

Game of Life A day in my life looks like sitting behind my computer alone in my studio writing music. Sounds boring but it totally rules.

Roll the Dice The biggest surprise of my life is actually creating a career out of music.

Monopoly on Humor Things that make me laugh include my son, my wife, Brooklyn 99, Modern Family, and The Office — Bears, Beets, Battlestar Galactica.

Uno Reverse Building a career in music isn’t easy. You face a lot of rejection. I’ve realized challenges and obstacles actually propel you toward your dreams rather than keeping you from achieving them.

Full Deck I have way too many guitars and virtual instruments. But monogamy isn’t a thing in those areas, so I’ll keep buying them!

Hungry Hippos My favorite local eat is JCWs. Bacon cheeseburger, baby. Not the best for the body but essential for the soul.

Twister While I can come across as very social and outgoing, I’m a huge introvert.

Get a Clue I had some amazing professors at BYU. They helped me see what was possible in a music career and deeply inspired my path. Shoutout to Aaron Merrill, Sam Cardon and Ron Saltmarsh!