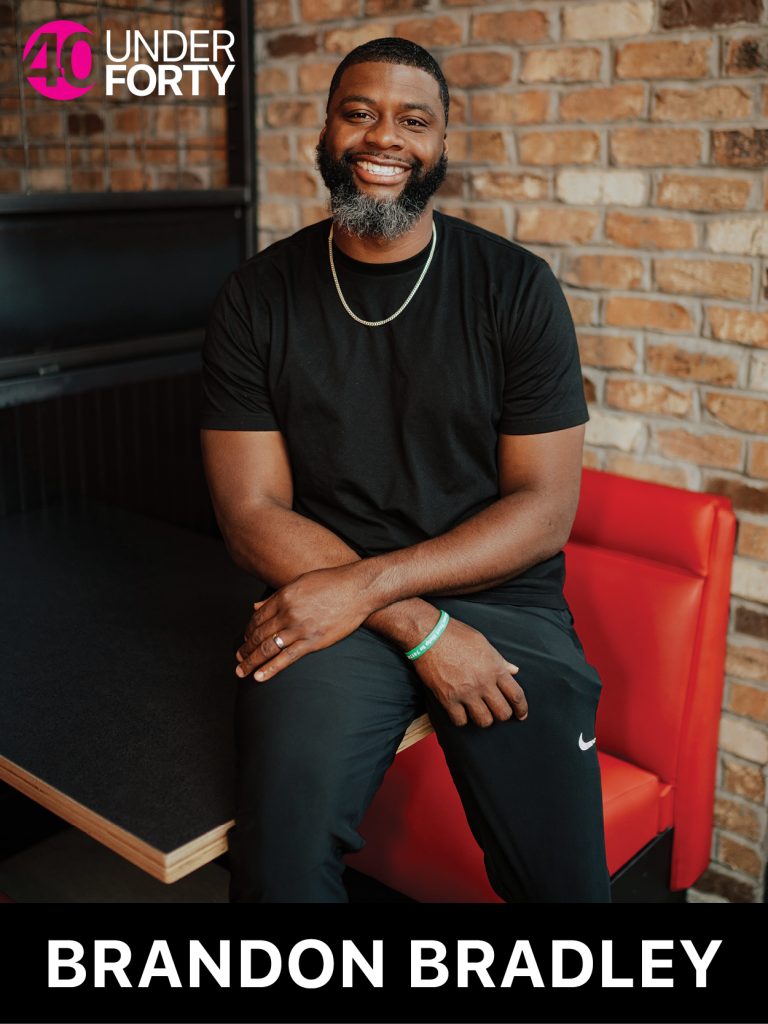 BYU | Director of On Campus Experience For Football | Provo | AGE 37

Brandon Bradley leaves it all on the field. After playing football for BYU from 2006-2010 (as a three-year starter, no less), Brandon transitioned to coaching and earned a master’s degree in sports administration. He then coached at Snow College, where they reached the ranking of No. 2 Junior College football team in the country. He later transitioned to coaching at a Division II school in North Dakota, until he eventually landed back at BYU, where he served in various roles including his current post as director of on campus experience for football. Concurrently, he started his training business, DB University Elite, focused on coaching star high school defensive backs and linebackers poised to become college greats. Takes one to know one, as they say.

PROUDEST ACCOMPLISHMENT Starting my own business. Not only starting it, but running a thriving and growing business that allows me to train, teach and mentor the youth as they chase their dreams. LEADERSHIP STYLE Leading by example and allowing those I am leading to get their hands dirty in the work and empowering them so they are able to recognize their talents and strengths. BEST PART OF BEING YOUNG IN BUSINESS You don’t know all the in and outs so you’re able to think outside the box. MAIN MOTIVATION It’s two-fold. First, it’s to be able to provide for my family and give them the opportunity to see what hard work gets you. Second, I want to create a legacy I can pass down to my kids that will be a launchpad when the time comes for them to go out into the world and be great. ULTIMATE CAREER DREAM I would like to be an athletic director and start another thriving business that allows my family and kids to benefit for generations.