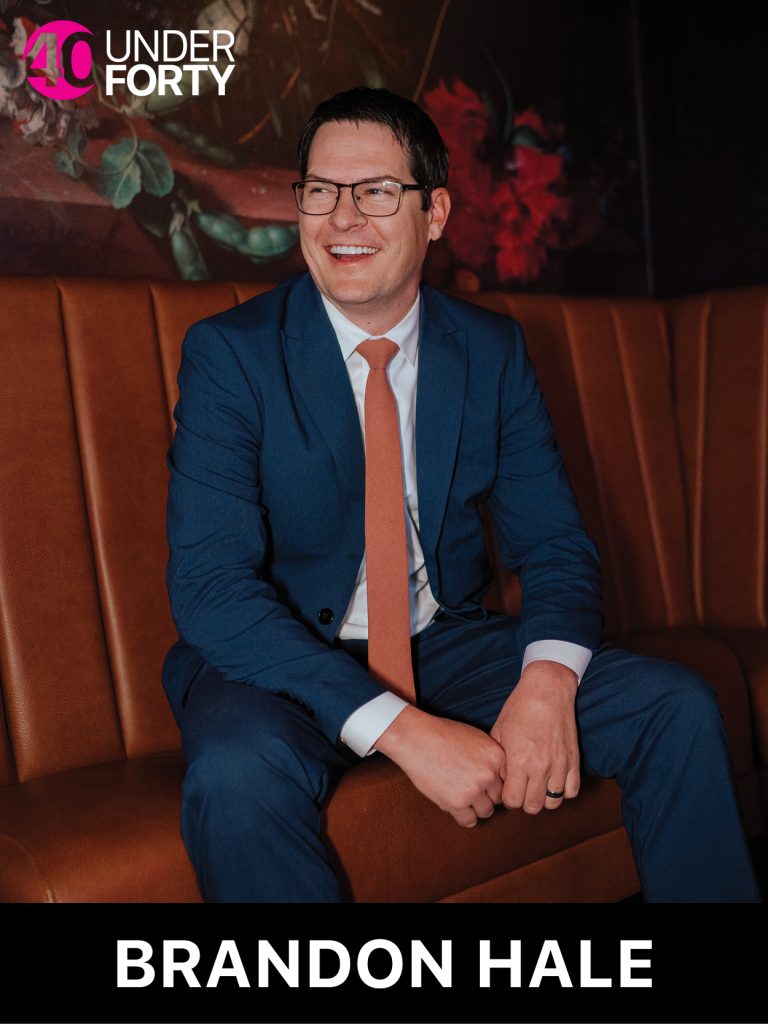 Brandon Hale is ready, your honor. The Orem High and BYU graduate attended law school at the University of Chicago Law School, where he learned from some of the best legal minds in the country, including Judge Richard Posner. After law school he moved to Phoenix, where he became an associate with the law firm Osborn Maledon. After six years, he tried his hand at an in-house role and accepted a job as senior corporate counsel at Vivint Solar, bringing him back to Utah. After four years there, he became General Counsel at Clyde Companies, a billion-dollar business literally paving the way to Utah’s growth.

PROUDEST ACCOMPLISHMENT Getting accepted to and graduating from law school; it was a long, difficult road and required a number of sacrifices, which made graduating one of the most rewarding days of my career. HARDEST MOMENT Representing clients when I personally believe they are likely in the wrong. A lawyer still must vigorously advocate for his/her client in those situations, but it can be difficult to do that sometimes. LEADERSHIP STYLE Lead by example. Get in the trenches. BEST PART OF BEING YOUNG IN BUSINESS People often underestimate you in ways that can be used to your advantage. MAIN MOTIVATION My family; to not only provide for them, but more importantly set an example of hard work for my kids. ULTIMATE CAREER DREAM I love what I’m doing right now, but would love to add some teaching opportunities in the future.